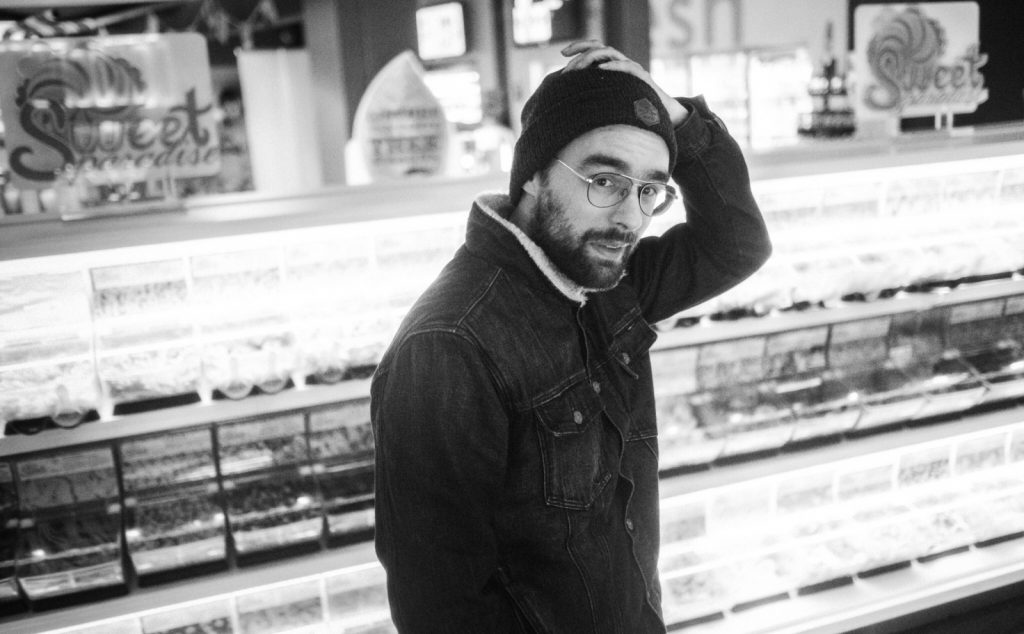 As an illustrator I grew up in the Westhoek or ‘West Corner’ of West Flanders. Its fields were once well-known battlegrounds for the World Wars. Now it’s a beautifully serene area renowned for its hop and beer culture. When I was younger, my parents had a bakery and tearoom, and that’s where I began my first forays into illustration — between the old ladies that came to eat tarts and sip coffee.

Besides drawing, I had an obsession with building and also ‘designing’ race circuits or race courses. I was really into rally sport, formula 1, Dakar, the 24 hour Le Mans race, etc. My bedroom at the time was quite big and every month I would make a new circuit… and trust me, it was not a typical ready-made piece of kit. I treated it like a piece of architecture. I would glue pieces of cardboard together. Mix Lego and Duplo. And use all kinds of things at my disposal before letting my dozens of matchbox cars reek havoc. Through my race obsession, I quickly became acquainted with Michael Vaillant’s comic books. This discovery led me to start trying to draw them myself.

I don’t really have a favourite piece of work, but I’m very proud of the progress I’ve made throughout the years. When I studied at the KASK in Ghent a lot of emphases was placed on illustrating for picture books. Editorial work for magazines and newspapers was somewhat cast aside and seen as an alternative route, but it’s the road I decided to travel.

My work as an illustrator changed drastically because of this and after a few jobs for smaller magazines, I managed to get to work for DM Magazine. I was really excited about this and they must have been pleased with my work because not much later I was contacted by De Morgen’s publishing/redacting department and asked if I would illustrate for their daily newspaper.

Once again, I was really enthusiastic about the whole ordeal, but the big problem was the deadline, which was at 9p.m. on the same day. I was accustomed to working with paint and given my style of illustrating, this was far from ideal. Due to the lack of time, I thought I had no choice but to let the first assignment pass, which was somewhat of let down because I considered it a bit of a ‘try out’ piece. Luckily I had already made some black and white sketches on the same day that I thought were relevant to the theme of the assignment. So — pumped full of adrenaline — I immediately called DM to ask them if they were interested in what I had.

To my relief, they liked what I had to show and this then led to a series of assignments for which I’ve been very grateful. Through the course of all of this, my work gradually evolved into what it is now.

Over the last 6 months, freelancing as an illustrator has become my full-time profession. Making this jump was far from simple. It was a big step, but I knew the time would come sooner or later. Beforehand I had a part-time job as a delivery man and I actually liked it, but there were several occasions were it interfered with my assignments, especially if they pilled up.

Sometimes I had to channel my inner rally enthusiast and drive like crazy to make it home in time for my assignments… so much so that my wife was worried that I would have a car accident if this continued. But when the work hours for the delivery job decreased, I felt the time was ripe to make the move into freelancing full time. I have to be honest though, for the first two weeks I could barely sleep. Belgium is not exactly a country that rewards those who have the courage to make these kinds of steps… but I’m still alive.

What inspires you as an illustrator?

I’m pretty nostalgic and that’s perhaps why drawing style is so akin to that of the ‘Clear Line’, which in itself carries a load of nostalgia with it. Old-timers, vintage furniture, mid-century architecture, etc., all inspire me endlessly. On a different note, I am also an avid mountain-biker. I must say that nothing brings more inspiration than that. I once heard a famous graphic designer say, “don’t sit in the studio and wait to bleed from the forehead to come up with an idea’. This word of advice has stuck with me over the years. The best inspiration comes from within, and that comes most fluently when I’m on my bike. Maybe I should look for a part-time career as a cyclist… ;)?