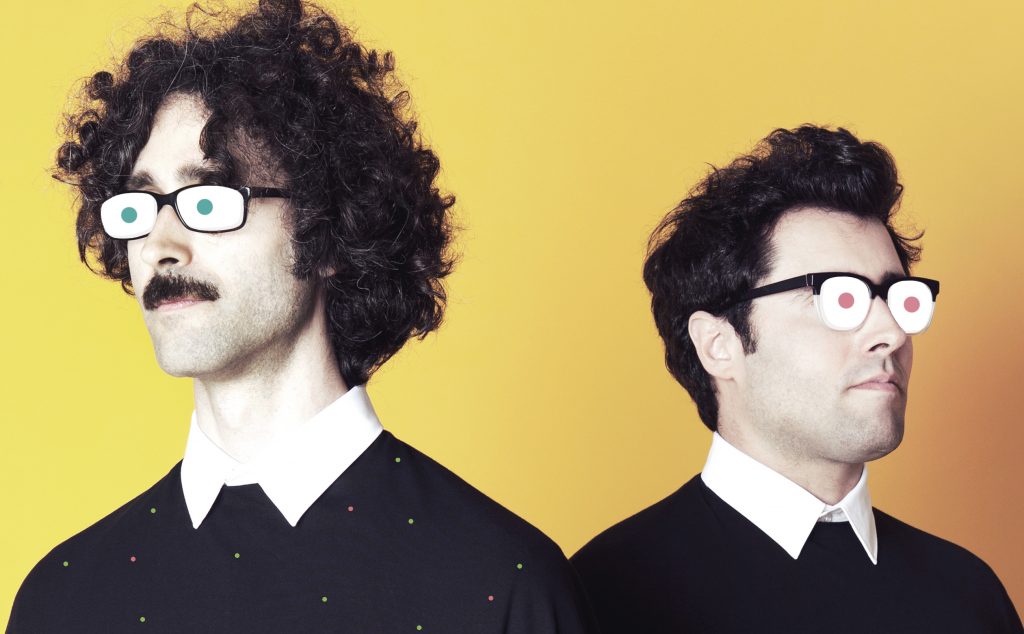 Two brothers working as illustrators and artists in Barcelona, that’s Brosmind. They combine commercial illustration with other personal projects in which they experiment with other disciplines, techniques and formats. Juan and Alejandro love to create vibrant and colourful illustrations, full of dynamic and optimistic characters.

Please tell us something about your background.

We’ve been a creative duo since we were kids. Our hometown was a really small one, which helped us to stimulate our creativity. As there wasn’t many libraries and toy stores around, we got used to creating our own entertaining material, so we spent all day creating comics, customizing our toys or making movies with hour domestic camcorder.

All that happened during the late 80s and first 90s, so we got really influenced by the Sense of Wonder that all the productions of that era had. 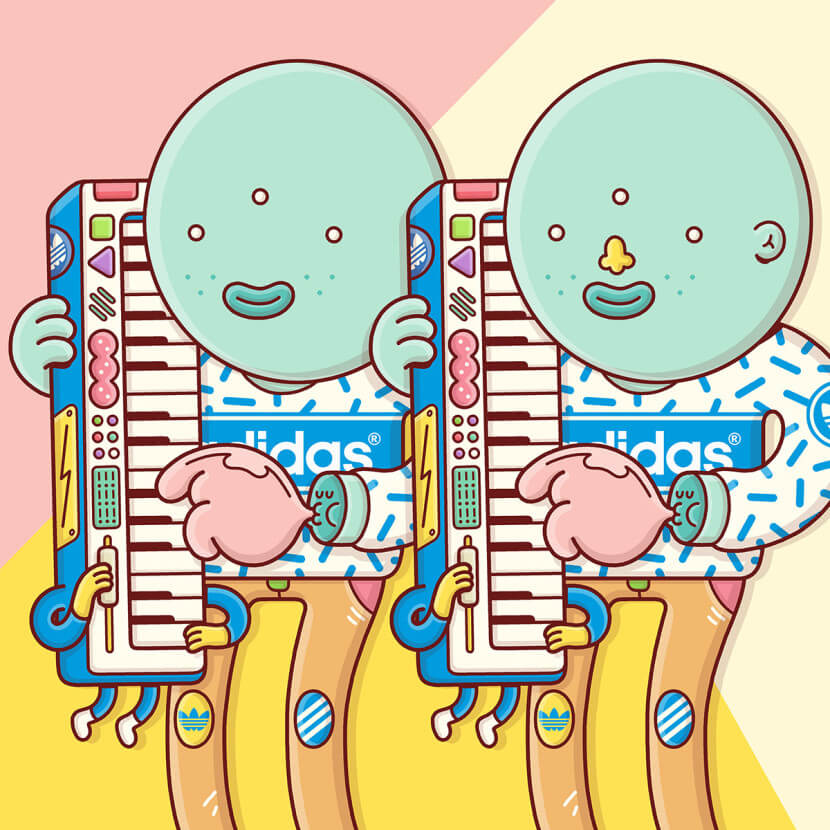 In your view, what are the biggest challenges for a freelance illustrator?

The quick development of communications has changed the professional world a lot. Not many years ago we used to visit agencies with a paper portfolio… but right now we can easily reach a global audience through our socials. That’s cool, but at the same time, we have more competitors than ever. So, probably the biggest challenge for an illustrator right now is to somehow stand out from the others. 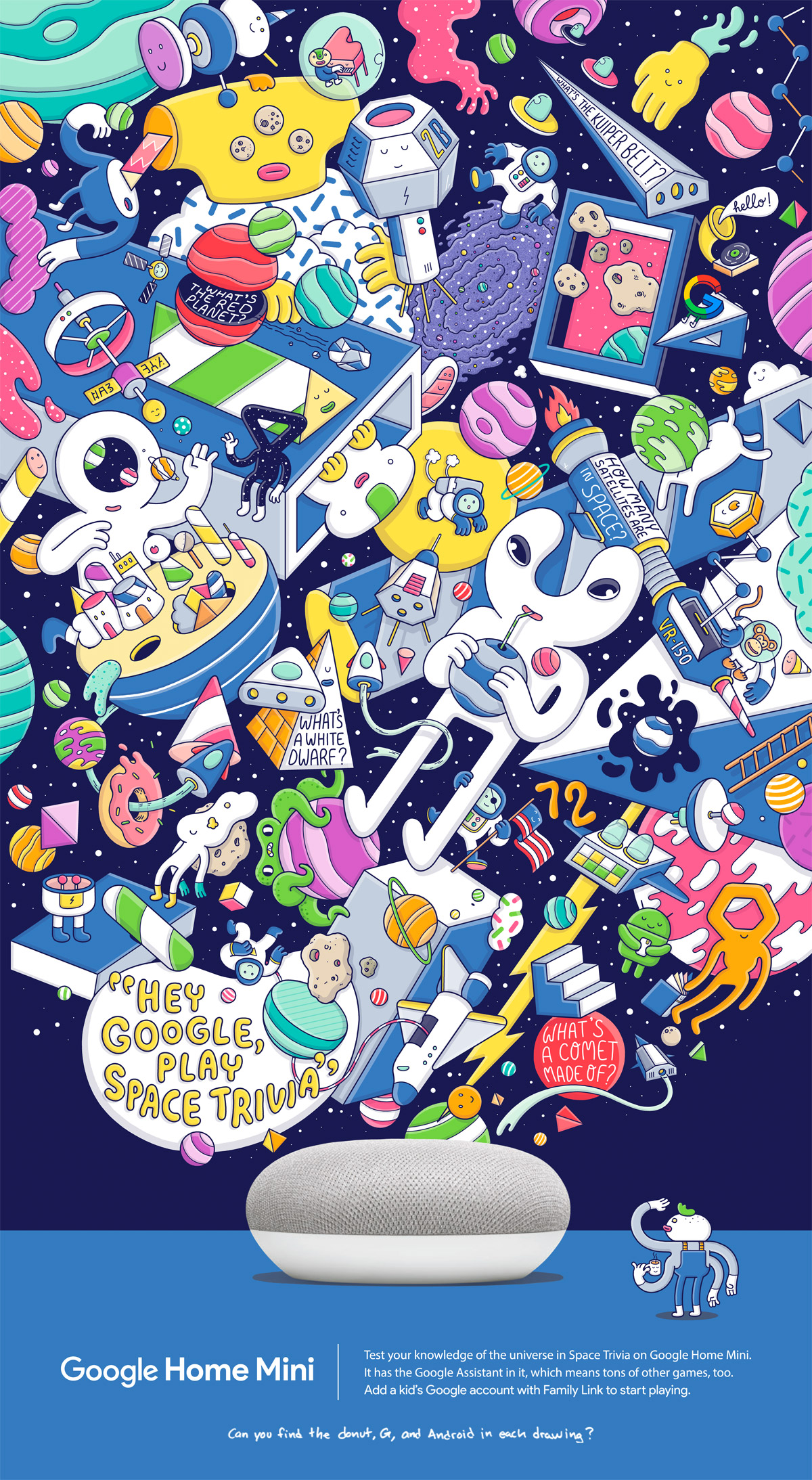 You have to work in various media, how do you keep your identity through them?

Working in different media was always a natural thing to us. We just specialized in illustration at the beginning of our career as a more effective way of living from our creativity. Looking at our personal projects, we feel that each of them asked for a specific discipline in which to be expressed.

What was your first job? How did that work out?

Before creating our studio, we did some little jobs separately, but I think that the first paid illustrations under the name of Brosmind were for a shopping arcade in Barcelona called Bulevard Rosa, back in 2007. It was a minor project with little diffusion but helped to get the confidence of the agency, Villarrosas. Later that year, they called us again for a more ambitious project for client Honda called The power of dreams. This one was a big success, involving many important awards, and the reason we decided to become full-time illustrators.