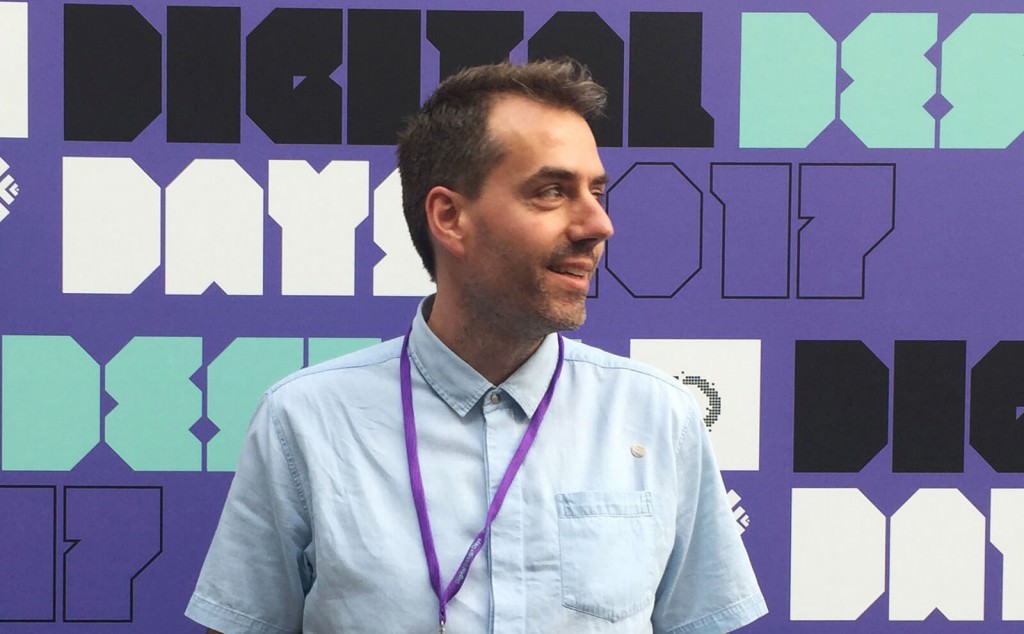 Thomas Dahm works and lives in the beautiful historic city of Delft. His studio is in a former hospital that looks out over a canal. During the summer every 15 minutes a tourist boat floats by. With guides telling the most crazy stories about the building. Which is hilarious.

Since 2005-ish he runs his own graphic design studio focusing on editorial design. Collaborating with clients and partners on a broad range of projects, including typefaces, books, exhibitions, digital platforms, identities and event branding.

Before all this he studied sign painting for a year, after that window dressing, but he found out during that time 2D suits me better. He was excepted at several art academies but picked St. Joost in Breda, since most of his friends where going there and the first year is a general introduction to all creative fields, from film making to sculpture. He chose graphic design. At the end of the second year he already knew that he wanted to do a master in graphic design at the same academy. It looked so much more interesting then the bachelor. So he did that. During studying he organized a conference and helped with organizing school parties. He was part of the two men design team for the national student art academy magazine, called KICK. Which was completely run by students. Around that time he also started designing for clients, flyers, posters, identities, local music magazine. That grew out to partly freelancing at several small studios and building up his own studio.

At the end of 2005 he co-founded Mark A. A graphic design collective which was purely play and self-initiated projects to promote ourselfs. They won competitions, got amazing clients and in 2010 they decided to stop and focus on or own studio’s which they all where running next to Mark A.

His goal was not to become an independent designer, but he slowly grew into that role, and really liked it. Working closely together with clients, transforming their questions and ideas into clear timeless visual communication.

I’m not sure. I always wanted to do something in advertising, which is not graphic design, I know now. Graphic design is one of the tools to make advertising. During my studies for window dresser there where classes that involved letter drawing and making logo’s bases upon the heart of an apple. That kind of stuff. I liked that better then placing perfume bottles in a space, for example. During that time I read more about graphic design and did not want to start working full time because I saw no future in being a window dresser. I wanted to learn more about layout and typography so applied for the art academy. Which before I did not know that was an option. There my interest in graphic design really grew. I stated to see all the possibilities it gives you. I think it is great to help other people bring across their message, their idea and help them build their brand. That can be be done in so many different ways and thats is what makes graphic design so incredible interesting. Maybe the coolest thing about graphic design is it can never done wrong. Because then its about taste and reference.

How do you combine your design work with your self-initiated projects? And how do you manages all those different projects?

I usually work on around 8 clients projects at the same time. They vary in size. Since last January I allow myself to only work on one studio project which is Neon Moiré. Before I worked on several small and big studio projects, like Tabletto.

Managing all these projects is something I learned over the years. And found out that if you put in a lot of effort and kindness in the beginning of a project. Like a good planning, contact with all the producers you work with, you benefit in the end. Because all other parties are aware of the objective.

Over the years I have tried so many different planning apps, calendars, nothing really works because most of the time I work by myself. So entering data is a waste of my time. So a couple of weeks ago I stopped using apps and switch to paper again. Using the weekly notepad designed by Marjolein Delhaas, which is great, and super flexible.

Why did you start Neon Moiré? Why do you do what you do? What’s your goal?

For the readers who do not know Neon Moiré. Neon Moiré is an online calendar with the best design-driven conferences and summer schools around the world.

Which I started because I always found out to late about an event that I wanted to attend. Over the years I designed for a lot different design and film related events, so I know what it takes to organize them. Also blogs that I follow(ed) stopped or shared a limited amount of events, so there was no place on the internet for my needs. Over the years I collected a lot of url’s, and talked about it to friends and on an Friday afternoon Jurre helped me setup the website and slowly Neon Moiré grew out with a weekly newsletter and a podcast called Neon Moire Show, where I interview organizers and speakers about what they do and how organizing influences their lives and of what speaking about their work has brought them.

Neon Moiré, to me, is a place to learn and experiment in concept development, entrepreneurship, design, writing, and opinion.

My goal with Neon Moiré: Become the most important resource related to design conferences and design related events. Haha! Note that with design I mean everything created related to screen our print, plus creative coding.

What’s the benefit of working on your own? What’s the downside?

Next to running my studio, I’m full time care giver to my wife who has Multiples Sclerosis. So being flexible is super important for me. Dealing with all parts of the design process is a huge benefit for me, from acquisition to client contact to production, I’m responsible and I have to realize it within budget and on time. You have to be a jack of all trades, to run your own studio.

And the downside? Well sometimes working alone slows you down. Because you have to decide on everything yourself. With two people you can already do so much more and there is this extra layer of feedback that you have. Sometimes I ask my wife for that or a friend to give feedback. But most of the time it’s me making the decisions.

I love structuring content in a lay-out. If it’s for a website, book or exhibition, all forms have different restrictions, but also many similarities. The conversations I have with clients about design, how to optimize everything so they can grow and make more business. Talking to the printer or programmer about the best ways to produces the product and bring the product to life is always super fascinating. Recently I found out that I like interviewing event organizers and college creatives about their process and thinking for my podcast the Neon Moiré Show. Which you all should listen to.

Thomas design work dahm.nl, and his ‘side’ project Neon Moiré